Chapter 503, Statutes of 1988, dictates the management and retention of Governors' Records in California. This legislation enacted Government Code §6268 and added gubernatorial records to the California Public Records Act. Under Government Code §6268, all administrations following George Deukmejian are required to transfer gubernatorial records to the State Archives. The enrolled bill files, press releases, and speech files are open to the public as soon as the Governor leaves office. Writings related to applications for clemency or extradition are available for research after the cases has been closed for a period of at least 25 years. The Governor may restrict all other records for up to 50 years or the death of the Governor, whichever is later.

Prior to this legislation, California Governors were required to preserve only a small group of records that were considered to be "public". Most Governors, though not all, transferred these records at the State Archives. See finding aid, Records of the Governor's Office for descriptions of those records transferred by each governor for the years 1849–1975. 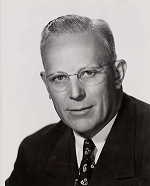 The first comprehensive collection of Governor's records came to the State Archives in 1953. Before Governor Earl Warren left California for the United States Supreme Court, former Secretary of State Frank M. Jordan persuaded him to voluntarily donate an unprecedented amount of his gubernatorial records to the State Archives. This substantial donation includes correspondence, administrative files, and subject files of the Governor's office. Today, the Earl Warren papers are thoroughly processed and described in the Earl Warren papers finding aid.

The Archive of the California Government Domain on the Wayback Machine has text versions of Executive Orders and Proclamations from 1999 to 2010.

Visit the Governor's website for the current administration's Executive Orders and Proclamations.

Click here to see the first Thanksgiving proclamation, filed in 1859, by Governor John B. Weller.

Governor's Records at Other Archives

California Governors from 1959–1991 chose to donate the remainder of their records to the following institutions.

Under Government Code §6268 all administrations following George Deukmejian are required to transfer all gubernatorial records to the State Archives.