SACRAMENTO – California Secretary of State Alex Padilla has reached out to Governor Jerry Brown, legislative leaders, and county elections officials in anticipation of a surge in voter turnout in the June 7, Presidential Primary Election and the November 8, General Election.

“I intend to work with the Governor and the legislature to move quickly to ensure we have the resources necessary to conduct smooth and successful elections,” Padilla said.  In a memo last week, the Secretary of State urged county elections officials to “ensure each polling place has a sufficient number of ballots on hand to manage the anticipated increase in turnout that has been observed in other states.”

“High interest in the 2016 election cycle, a significant rise in the use of online voter registration, growing demand for registration cards, and increased voter turnout in neighboring states suggests that California could see a major surge in voter turnout,” Secretary of State Padilla said today.

Padilla has reached out to Governor Brown and legislative leaders requesting $32 million to ensure that California’s 58 county election officials and the office of Secretary of State have adequate resources to conduct the June and November elections while also verifying petitions for as many as 21 potential ballot measures. “Counties will need more resources,” Padilla said.

The funding would cover increased printing costs for a much larger General Election Statewide Voter Information Guide, as well as additional staff time to process initiative petitions and administer elections. 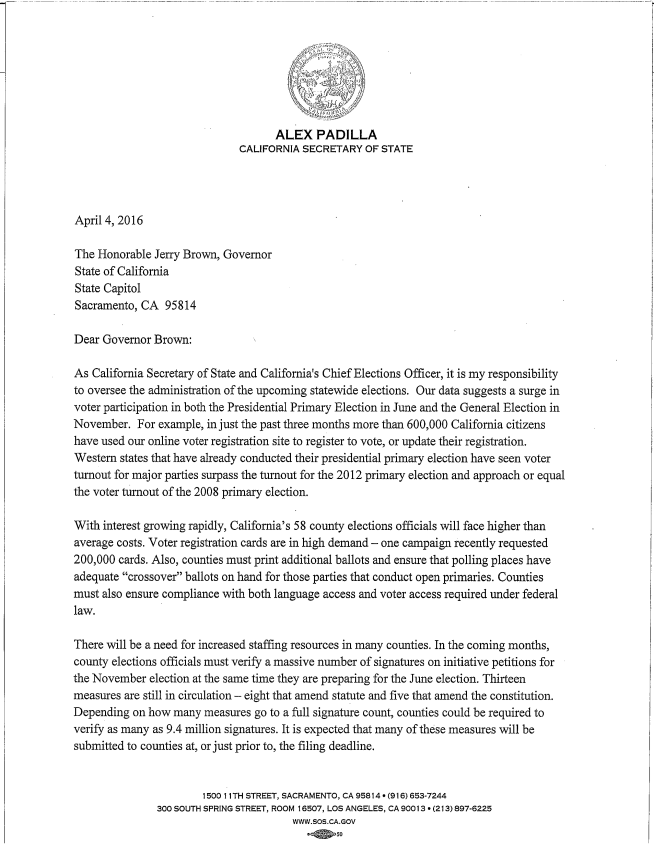 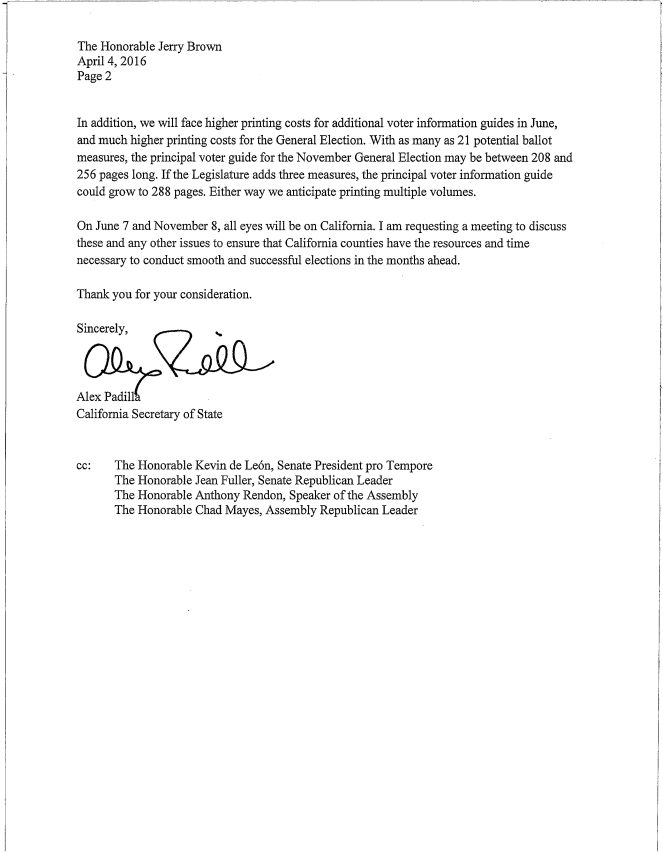