“On National Voter Registration Day this year, we saw the highest single-day voter registration total of the year on our RegisterToVote.ca.gov portal,” said Secretary of State Alex Padilla. "Californians are energized and eager to participate in the November 6, 2018, General Election. We have the highest total number of registered voters heading into a Gubernatorial General Election in state history. A record 75.81% of eligible Californians are now registered to vote.” 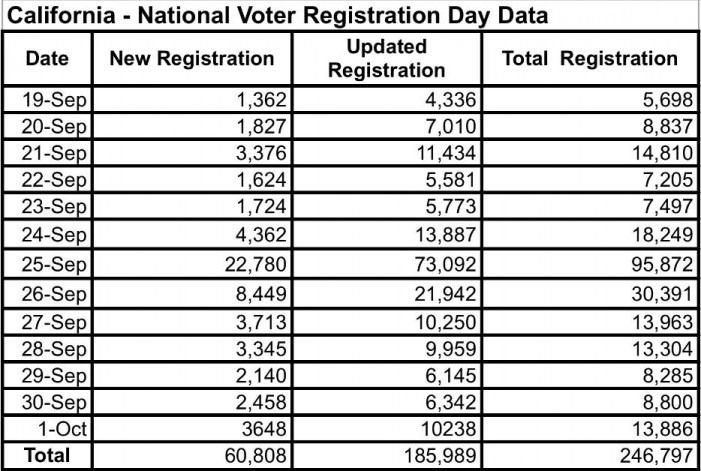 From September 19 to October 1, a total of 246,797 transactions were completed through California’s Online Voter Registration portal. These totals do not include other forms of voter registration such as Motor Voter at the DMV, paper voter registration cards submitted, or any registration done through candidates, campaigns, or community-based organizations.