SB 450, jointly authored by Senator Ben Allen (D-Santa Monica) and Senator Bob Hertzberg (D-Van Nuys), will allow California counties to implement a new elections model that includes mailing every voter a ballot, expanding early voting, and enabling voters to cast a ballot at any vote center within their county.

“California ranked 43rd in voter turnout nationally for the 2014 General Election. This problem cannot be ignored," Secretary Padilla said. "Civic participation is the foundation of our democracy.”

“SB 450 would provide citizens more option for when, where and how they vote.  Providing more options will help more citizens vote, despite our often busy lives," Padilla said.

Under the new election model that would be created by SB 450, voters would have the freedom to cast a ballot at any vote center in their county instead of being tied to a single polling location. Voters could mail in their ballot or drop it off at a vote center or a secure 24 hour ballot drop off box. SB 450 would require vote centers to be open a minimum of eight hours per day for 10 days before Election Day.

“In elections in California, government fundamentally thinks only about itself,” Senator Bob Hertzberg said Wednesday. “This measure flips the situation on its head so that the convenience of voting is the top priority in our elections. As counties adopt this measure, government will have opportunity to think differently, to think about the voter.” 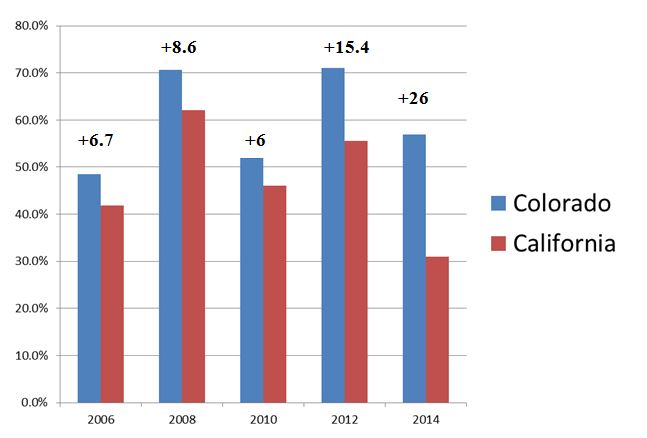 Last month, Secretary Padilla and key staff traveled to observe municipal elections in Denver, Colorado to get a firsthand look at their successful vote center model.  Padilla reported his findings at a recent a joint hearing of the State Senate and Assembly Elections Committees.

"Removing barriers to voting will empower more California citizens to participate in our democracy," Assemblymember Lorena Gonzalez said. "Voting is a fundamental right, and government should make it easier for Californians to have their voices heard by casting a ballot."